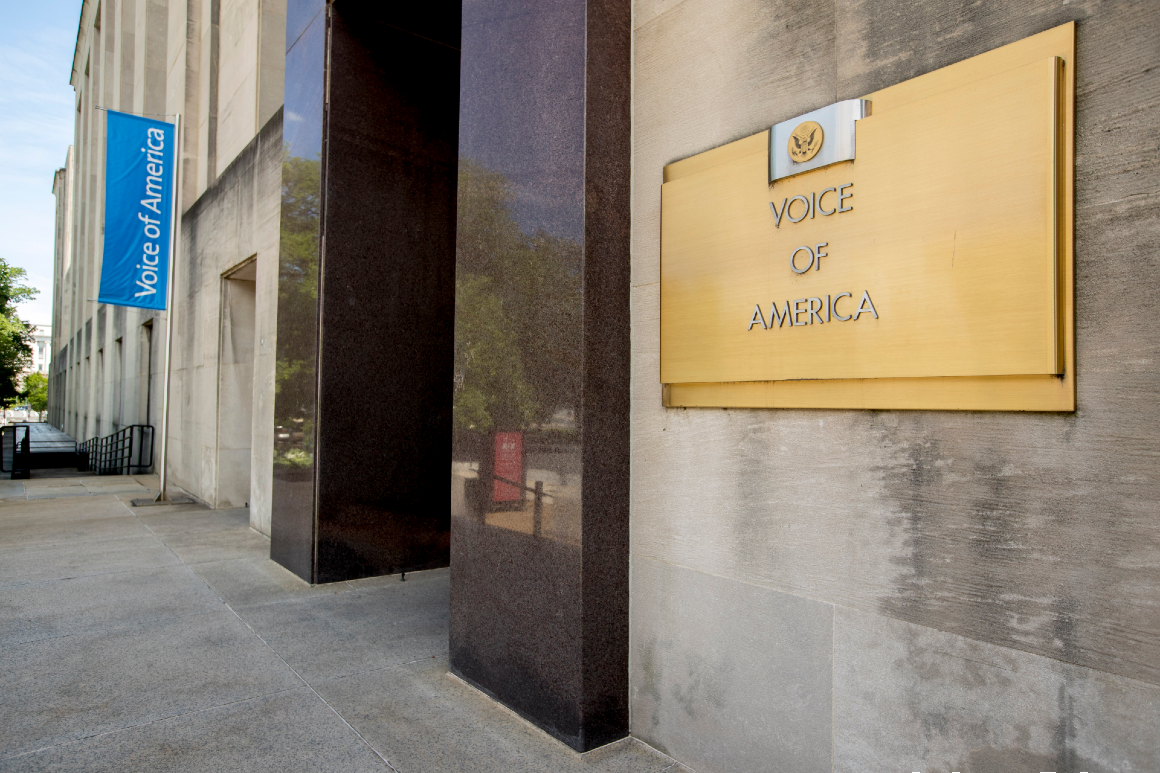 “At a moment when the world already has watched an assault on our democratic institutions, the Trump administration has chosen to send another message — with an assault on the First Amendment,” Miller said in the statement. “The move, mere hours before Widakuswara was to fly with the president as a member of the travel pool on Air Force One, harms the interests of all Americans who depend on the free press to learn about the actions of their government and gives comfort to efforts to restrict press freedom around the world.”

A VOA spokesperson declined to respond to the WHCA statement, saying the organization “does not comment on internal personnel matters.”

Pompeo was the subject of significant criticism in the aftermath of last November’s presidential eletcion, when he promised the State Department would facilitate “a smooth transition to a second Trump administration” after the race had been called for President-elect Joe Biden.

Pompeo’s speech Monday at Voice of America’s headquarters in Washington on “Reclaiming America’s Voice for Freedom” included remarks that VOA’s mission was to be “accurate, objective, and comprehensive.”

“Your mission is to promote democracy, freedom, and American values all across the world,” Pompeo said. “It’s a U.S. taxpayer-funded institution aimed squarely at that. Indeed, this is what sets VOA apart from MSNBC and Fox News and the like.”

Justice Dept. rule would aim to crack down on ‘ghost guns’ 2 min read

Justice Dept. rule would aim to crack down on ‘ghost guns’

The Black correspondents at the White House 1 min read

The Black correspondents at the White House