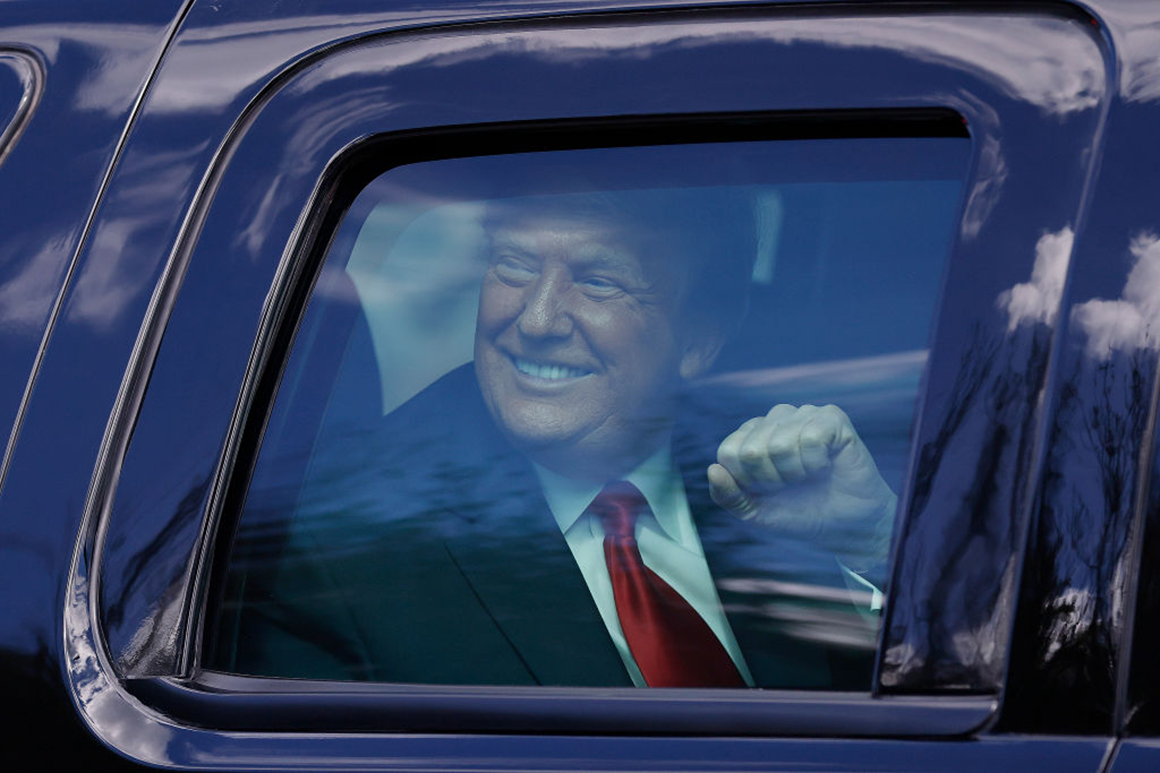 The annals of presidential pardons have always been fraught with politics, among them Gerald Ford’s pardon of Richard Nixon and Bill Clinton’s absolution of Marc Rich. But the long list of Trump’s pardons and commutations — more than 100 in his final 24 hours as president — took the politics surrounding the process to unheard-of levels.

Between the pardons granted earlier in his term and those dispensed on Tuesday night, Trump’s record of clemency will serve for historians as a Who’s Who of Trump’s orbit, beginning with his first impeachment. And it will etch into Trump’s legacy the use of one of the commander-in-chief’s most preeminent powers as a province of the politically subservient, the well-connected and the rich.

“The granting of even more sleazy crony pardons as the clock ran out on his one term,” said Benjamin Ginsberg, a nationally recognized elections lawyer who has represented past Republican presidential nominees, “will define the nature of his presidency.”

Even before Tuesday, Trump proved a loyal benefactor to political allies such as Manafort and Trump adviser Roger Stone. Family members were also beneficiaries of his pardon power — most notably, Charles Kushner, father of Trump’s son-in-law Jared Kushner. In the hours before leaving office, Trump added to the list Ken Kurson, a confidante of Jared Kushner’s and former New York Observer editor who had been accused of cyberstalking.

In parceling out his mercy, Trump appeared to reward many of his fiercest defenders and big donors.

Benjamin Netanyahu, the Israeli prime minister, and Miriam Adelson, the widow of the Republican billionaire megadonor Sheldon Adelson, were among supporters of Trump’s pardon of Aviem Sella.

At least one recipient of a pardon, the former Google engineer Anthony Levandowski, appeared to recognize the benefit of having well-placed support, which included, among others, the tech giant Peter Thiel.

“My family and I are grateful for the opportunity to move forward, and thankful to the President and others who supported and advocated on my behalf,” Levandowski, a co-founder of Waymo, wrote on Twitter.

Past presidents, said Mike Madrid, a Republican strategist who worked to defeat Trump last year, “always let off some unseemly guy who was a donor or whatever.” But Trump’s clemency grants, he said, are at “a whole different level.”

“This is pardoning your friends who are doing illegal behavior on your behalf,” Madrid said. “It’s all of his henchmen.”

Saul Anuzis, a former chairman of the Michigan Republican Party, said it isn’t unusual for presidents to pardon people who are politically connected. Wherever Trump’s number of pardons for such people fall on the historic scale, he said, is “a statistic, and that’s about it.”

Most people, Anuzis said, “don’t know, don’t remember or don’t really care that much … Pardons are a minor part of any president’s term.”

In the broadest strokes, that is true. Many of Trump’s pardons were for nonviolent drug offenders serving long sentences. And even Trump’s fiercest critics will likely define his presidency less by his issuance of pardons than by his two impeachments and the deadly riot he helped to incite at the Capitol.

But the degree of Trump’s politicization of the process was staggering nonetheless. Kedric Payne, a former deputy chief counsel of the Office of Congressional Ethics and former deputy general counsel at the U.S. Department of Energy during the Obama administration, said what discourages him most about Trump’s pardons are the large number of government officials absolved by Trump over the course of his term — not just former members of Congress, but also a slate of state and local officials.

“It’s an unprecedented amount of public officials who were committing crimes while in office who are being pardoned,” said Payne, now of the Campaign Legal Center, who put the number of government officials granted clemency during Trump’s term at 15. “That hasn’t happened in modern history, to pardon that many officials who were convicted of criminal activity.”

Payne said, “Other presidents have done it. You’ll find examples of Bill Clinton doing it, even going all the way back to Truman. But it’s typically two or three officials who receive pardons, not 15 … Fifteen, that’s unheard of. It just shows his true legacy of pardoning public corruption. It just shows that you have a president who would excuse, and almost approve of, this type of corrupt activity.”

Ginsberg viewed the spate of last-minute pardons, in concert with Trump’s lifting early Wednesday of his own rule restricting appointees from lobbying, as an ironic coda to a presidency that began with a promise to “drain the swamp” and an inaugural address lament that “for too long, a small group in our nation’s capital has reaped the rewards of government.”

“That Trump’s Tuesday night combined another tranche of sleazy crony pardons with revoking his 2017 revolving door lobbying ban he bragged would drain the swamp will burn in the legacy of his presidency,” Ginsberg said. “And not in a positive way. In his hubris, he apparently didn’t consider, or didn’t care, how this might impact the Senate Republicans who will now be asked to ignore his actions and save ‘his reputation’ in the impeachment trial.”

Can You Figure Out These Movie Titles With The Vowels Missing?