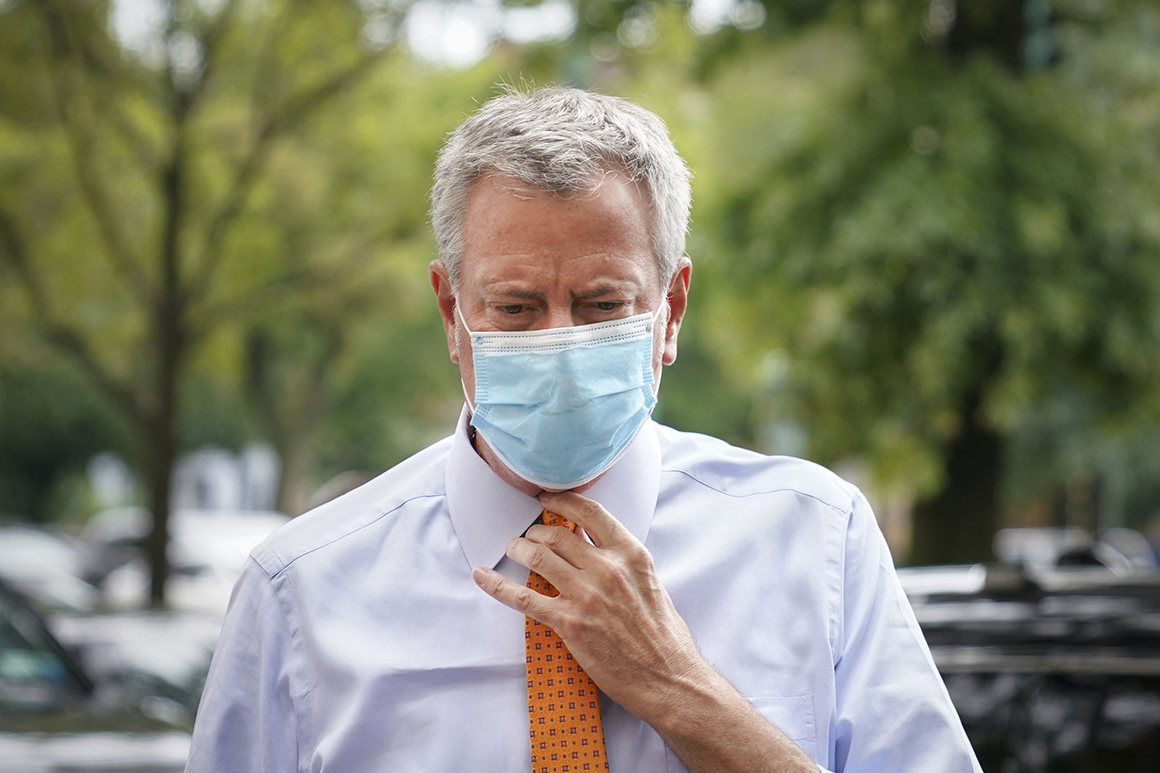 “The investments are going to help jobs come back: Sometimes you have to spend money to make money,” de Blasio said during a press briefing. “This is a case where we have to take full advantage of this recovery moment. We have to double down now, and that’s going to give the next mayor and the next administration the best chance to move the city forward.”

Last year, de Blasio pulled out all the stops to avoid layoffs and major cuts, even as the city was reeling from a $10 billion revenue shortfall caused by the pandemic lockdown — a move panned by budget watchdogs. He unsuccessfully sought borrowing authority from Albany. He shifted $750 million in labor costs into the upcoming budget. And he created a savings plan that was primarily composed of one-off reductions and debt refinancing that did little to curb spending over the long run.

The goal was to tide the city over until federal stimulus money arrived which depended on a series of events that seemed far from guaranteed at the time: former President Donald Trump losing the election, Democrats winning a slim majority in the Senate and Washington approving a massive stimulus package that included direct aid to local governments. Not only did each come to pass, but a multi-pronged scandal engulfed Gov. Andrew Cuomo, reducing his negotiating power and resulting in a state budget that unexpectedly passed along additional education funding for the city.

“Thank God Joe Biden got elected and the people of Georgia sent two Democrats to the U.S. Senate,” de Blasio said during an appearance on NY1 later in the day. “Otherwise we’d be having a very different discussion right now.”

Flush with cash, on Monday de Blasio outlined several new areas of spending. Next year’s budget will include nearly $2 billion for education programs including an expansion of 3K, with the goal of offering it to every household by September 2023, along with academic recovery services and additional special education funding. The administration is also planning additional mental health services, senior centers and open streets initiatives along with a small business grant program and additional measures designed to combat gun violence.

The city’s Office of Management and Budget predicts the spending will help create 400,000 new jobs over the course of 2021, partially offsetting more than 600,000 jobs lost during the pandemic.

That economic activity, the mayor said, will in turn create more tax revenue.

The winner of this year’s mayoral election had better hope so.

While the budget set aside more than $4.5 billion in reserves, Monday’s spending plan showed the next administration will be left with nearly $4 billion budget gaps each year beginning next year — when de Blasio will be term limited out of office — and a precarious financial situation that will remain even after the temporary federal aid is gone.

Student reporter who interviewed Obama at White House dies at 23