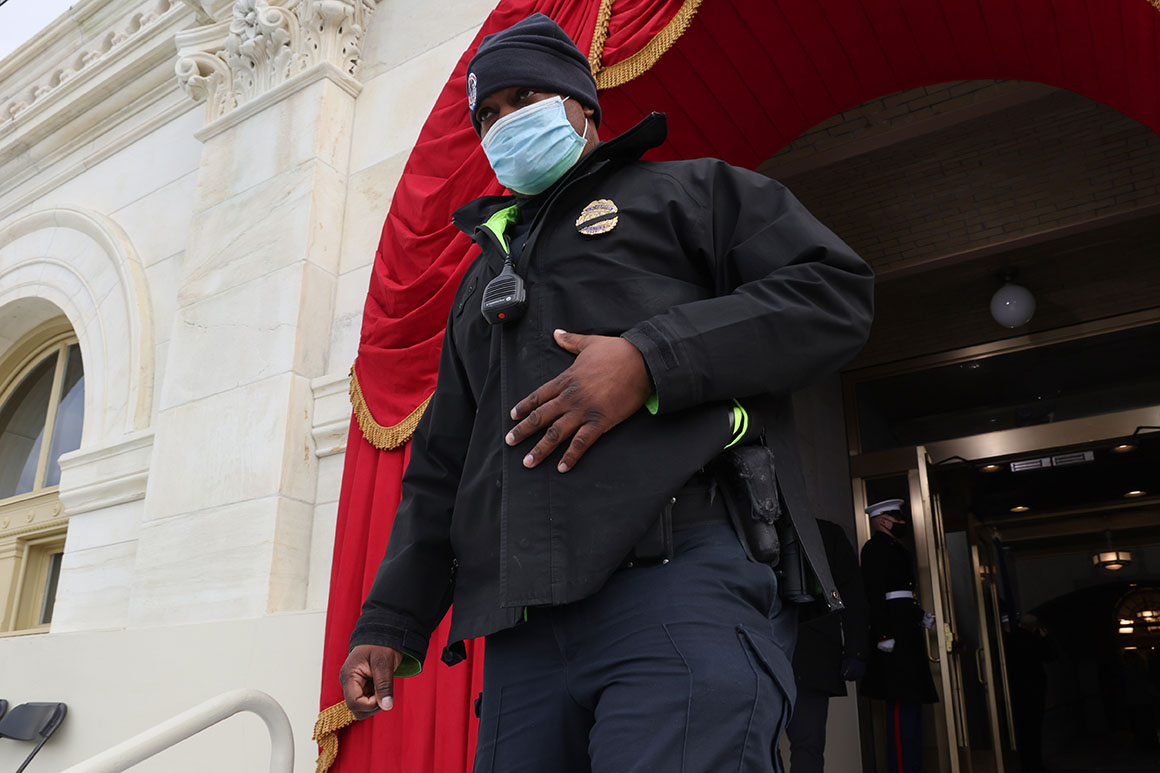 “Here in this trial, we saw new video, powerful video showing calmness under pressure, his courage in the line of duty, his foresight in the midst of chaos, and his willingness to make himself a target of the mob’s rage so that others might reach safety,” Schumer said. “Officer Goodman, thank you.”

Goodman was present in the chamber when Schumer introduced the legislation and was given a standing ovation from the entire Senate floor. McConnell said he was “proud the Senate is taking this step forward recognizing his heroism with the highest honor we can bestow.”

House Speaker Nancy Pelosi had expressed her intention to introduce similar legislation Thursday. She said the Capitol Police officers who died in connection to the riots were “martyrs for our democracy.”

Brian Sicknick, a Capitol Police officer who died from injuries sustained in the riot, was laid in honor in the Capitol last week. President Joe Biden, as well as congressional leadership and members of the Capitol Police, attended a viewing in the Rotunda.