Poco launched the Poco X3 Pro last week in India, and the company claims that this is the true successor to the very popular Poco F1 (Review) which was launched back in August 2018. The Poco X3 Pro resembles last year’s Poco X3 (Review) in terms of looks, but its insides are more powerful. Some of the key highlights of the Poco X3 Pro are its Qualcomm Snapdragon 860 SoC, 48-megapixel primary rear camera, and massive 5,160mAh battery. I got the chance to unbox the device, and here are my first impressions.

A 20-megapixel front camera is tucked inside a punch-hole right in the upper middle of the screen. We can also see an earpiece that houses a notification LED and also acts as a second speaker. Stereo sound is always a nice touch, especially on phones that cost under Rs.20,000.

The volume and power buttons are on the right side. The power button also acts as a fingerprint sensor. We have a USB-Type C port, a 3.5mm headphone jack, and a speaker at the bottom of the device. On the left, we have the hybrid dual-SIM tray. On the top, there’s an IR emitter and a secondary microphone. 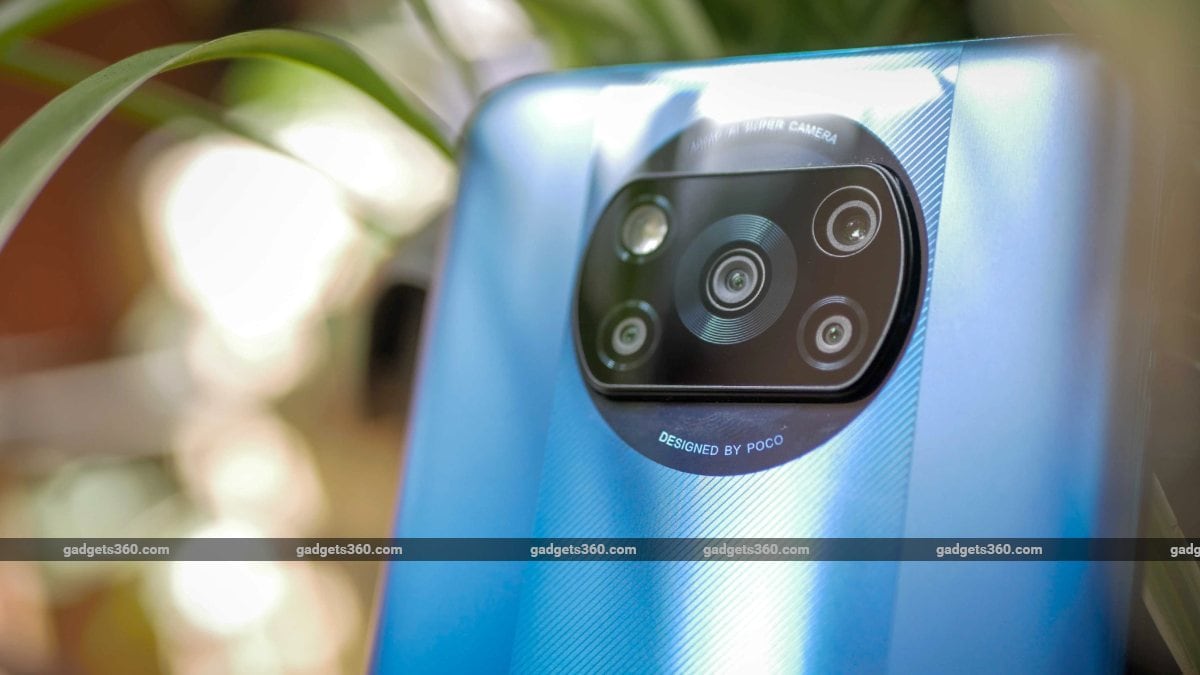 The Poco X3 Pro has a 48-megapixel primary rear camera

Under the hood, the Poco X3 Pro is powered by the Qualcomm Snapdragon 860 SoC which has an integrated Adreno 640 GPU.

Coming to the back, the Poco X3 Pro sports a quad-camera module that looks just like the one on the Poco X3. It has a 48-megapixel primary camera, an 8-megapixel ultra-wide-angle camera with a 119° field of view, a 2-megapixel depth sensor, and a 2-megapixel macro camera. The X3 Pro has EIS and can record videos at up to 4K at 30fps or 960fps for slow-motion video recording.

The Poco X3 Pro weighs 213g, however, I did not feel that the device was unbalanced. It was easily manageable for me, and one-handed usage is also possible. The Poco X3 Pro supports 33W fast charging, and you get a 33W charger in the box, along with a Type-A TO Type-C cable and a protective case.

The Poco X3 Pro runs on MIUI 12 based on Android 11 out of the box. I noticed a few preloaded apps which can be uninstalled if you do not use them. In the Settings, you can choose whether you want to press the power button to unlock the phone with your fingerprint, or whether just a feather touch should do it. There’s also face recognition.

LG Wing vs OnePlus 8 Pro vs Samsung Galaxy S21 Plus: What’s the Difference?

Realme 8 Review: Not Enough of a Change 7 min read