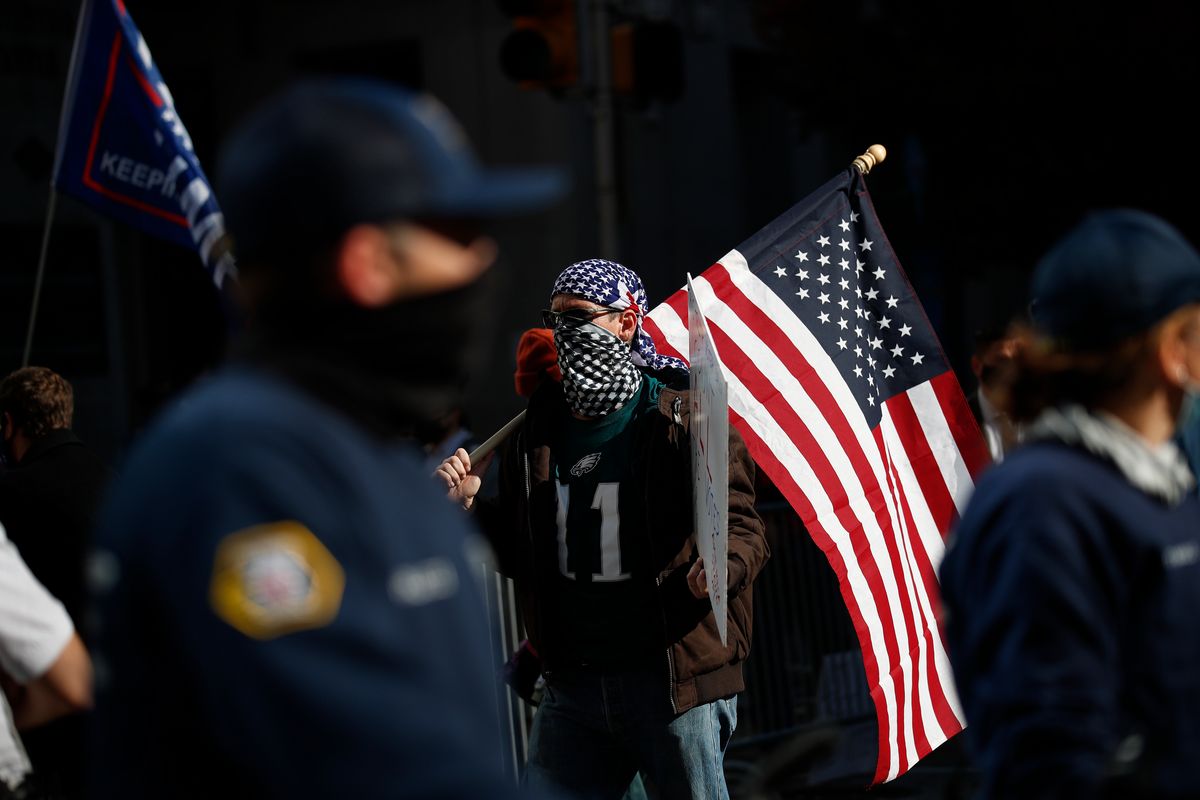 We should never lose sight of the underlying landscape the original Progressives emerged to confront. The Ku Klux Klan, which had largely been defunct, was re-formed in 1915 and launched a campaign of domestic racial terror. Anarchists threatened institutions of all sorts, assassinating President William McKinley and bombing cities with a frequency that seems shocking now. Labor unrest, too, was often violent. Many wondered whether American democracy could survive at all.

Remarkably enough, the changes behind today’s whirlwind may be even more pronounced. At the birth of the American Republic, whites constituted the whole of the nation’s electorate. When Bill Clinton was elected president two centuries later, the white share still stood at 87 percent. But get this: In the 28 subsequent years, the white share has fallen to 67 percent. Think of how that dramatic shift reverberates differently in disparate American communities.

Meanwhile, that more hopeful change is being accompanied by other shifts that are much more ominous. Inequality today puts Gilded Age wage gaps to shame. The climate is in crisis, requiring us to re-tool huge portions of our economy. We face a rising China and an increasingly adversarial Russia. And as the pandemic has revealed, our health care and public health systems, once a cornerstone of our national strength, are in dire need of reform. It takes nothing away from the crucibles represented by the Civil War, the Great Depression, or the Second World War to realize that the present sense of disruption is most similar to the challenge we faced at the turn of the 20th century.

The level of turmoil is easy to overlook for those whose lives have benefited from the changes. But Americans whose education ended in high school, who live beyond the footprint of a cosmopolitan bubble, or who have seen their neighborhoods inundated with “deaths of despair,” have a right to worry that the combined effects will leave their children bereft of any opportunity to claim the American Dream. That’s not license to abandon the principles of democratic governance or to break the law—far from it. But it is a worry the rest of us ignore at our nation’s peril.

Fortunately, because today’s problems echo those that defined the Gilded Age, turn-of-the-century politics has something to teach us as well. When Teddy Roosevelt assumed the presidency in 1901, he had a big reform agenda. The move from farm to factory prompted reformers across the country to make high-school education a universal touchstone. But the primary agent of exclusion at the time—the institution most culpable not only for economic inequality, but for upending middle- and working-class aspirations to real prosperity—was monopoly power. So in shaping the contours of his “Fair Deal,” Roosevelt embraced a broad agenda designed to give the excluded masses greater opportunity. He established the federal government as a neutral arbiter in labor disputes, rather than a backstop for monopolists. He embraced more robust ongoing regulation for the nation’s private corporations. And maybe most notably, he took on the trusts directly, bringing suit to break up one of J.P. Morgan’s behemoth railroad corporations, Northern Securities.

Today, as a new wave of monopoly power threatens the broader economy, the new administration has a range of challenges demanding bold solutions. There are already signs the Biden administration may acknowledge a new strain of tech monopolists, and could get bipartisan support in pushing back against them.

But in the end, nothing works as forcefully to address the division between inclusion and exclusion than education. As Vice President Kamala Harris noted in her debate with Mike Pence—and as First Lady Jill Biden, a community college professor herself, knows well—schooling has emerged as the single most important determinant of economic prosperity and lifelong opportunity in the 21st century economy. College degrees, while always advantageous, are now irreplaceable passports to middle class success. Of late, presidents of both parties have entered office intending to improve the nation’s antiquated and inadequate education system. Now we need a much more robust agenda. In the same way Roosevelt-era progressives attacked monopolistic trusts, Biden-era progressives must improve our educational system.

Fortunately, in the spirit of Louis Brandeis’s embrace of local experimentation, effective reforms are close at hand. We need to find ways to ensure students start earlier and go longer. As my administration did in Chicago, and as incoming Labor Secretary Marty Walsh did in Boston, municipal government can reimagine basic public education, abandoning the K-12 model for something much broader—like “Pre-K through 14.”

Every child in American can and should be guaranteed a seat in a prekindergarten program today, regardless of their zip code. And at the other end, public school instruction shouldn’t end in grade 12—we should guarantee every citizen the opportunity to earn an associate degree by making community college free and accessible. Moreover, we should transform the focus on high school graduation to a focus on a successful post-graduation, nationalizing Chicago’s requirement that, before receiving a diploma, every student have in hand a letter of acceptance from a college, community college, or vocational school, a job offer, or a plan to enter either the military or a national service program like AmeriCorps.

To heal the body politic right now, we first need to address the entry wound—namely the actual criminal mob’s attempt to undermine our democracy, and uncover the complicity of anyone in power. But, in time, we will need to focus on the underlying cancer plaguing society-at-large. At a moment when questions of inclusion and exclusion gird nearly every political and economic debate, Washington needs to focus on giving every citizen the tools required to build a prosperous middle class life.

The disruptions to the social order have left too many in our society plagued by a fear that they will be excluded from tomorrow’s bounty. Reaching to much the same challenge, Teddy Roosevelt’s Fair Deal reverberated to shape Woodrow Wilson’s New Freedom and FDR’s New Deal in the decades that followed. Our burden today is to ensure that every member of every community believes in America because America is invested in them.