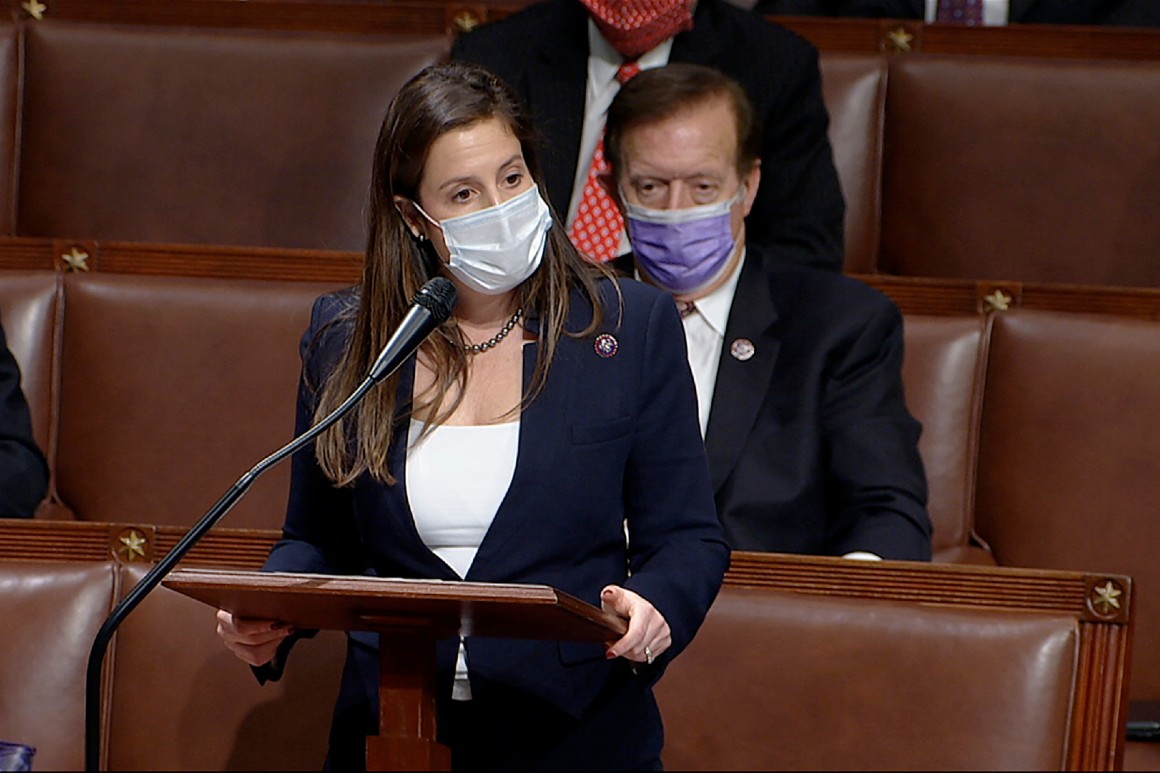 Rep. Elise Stefanik, R-N.Y., speaks as the House reconvenes to debate the objection to confirm the Electoral College vote from Arizona, after protesters stormed into the U.S. Capitol on Jan. 6. | House Television via AP

BOSTON — The Harvard Institute of Politics removed Rep. Elise Stefanik (R-N.Y.) from its Senior Advisory Committee in the wake of last week’s deadly riot at the U.S. Capitol, pointing to her unfounded claims of voter fraud in the November election.

“Elise has made public assertions about voter fraud in November’s presidential election that have no basis in evidence, and she has made public statements about court actions related to the election that are incorrect,” Harvard Kennedy School Dean Douglas Elmendorf wrote in a letter released Tuesday. “Moreover, these assertions and statements do not reflect policy disagreements but bear on the foundations of the electoral process through which this country’s leaders are chosen.”

The school initially asked Stefanik to step aside, according to Elmendorf. When the New York lawmaker declined, the school removed her. Stefanik was among the 147 House Republicans who voted against certifying President-elect Joe Biden’s electoral victory.

Which Teen TV Series Must Go?

Tom & Jerry Release Date in India Set for February 19, a Week Before the US