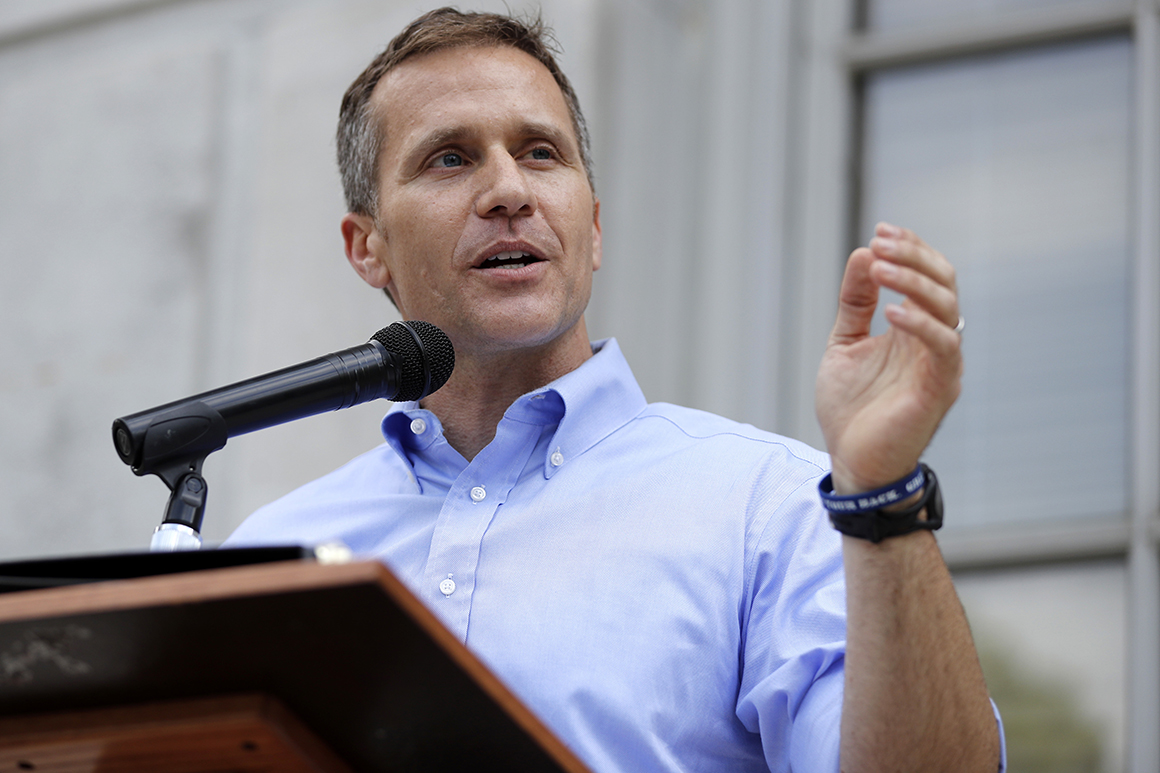 Eric Greitens, the disgraced former Republican governor of Missouri, announced Monday he is running for Senate next year.

Greitens, who resigned in the middle of his term following allegations that he sexually assaulted a woman, became the first prominent Republican to enter the race to replace GOP Sen. Roy Blunt, who announced earlier this month he would not seek a third term.