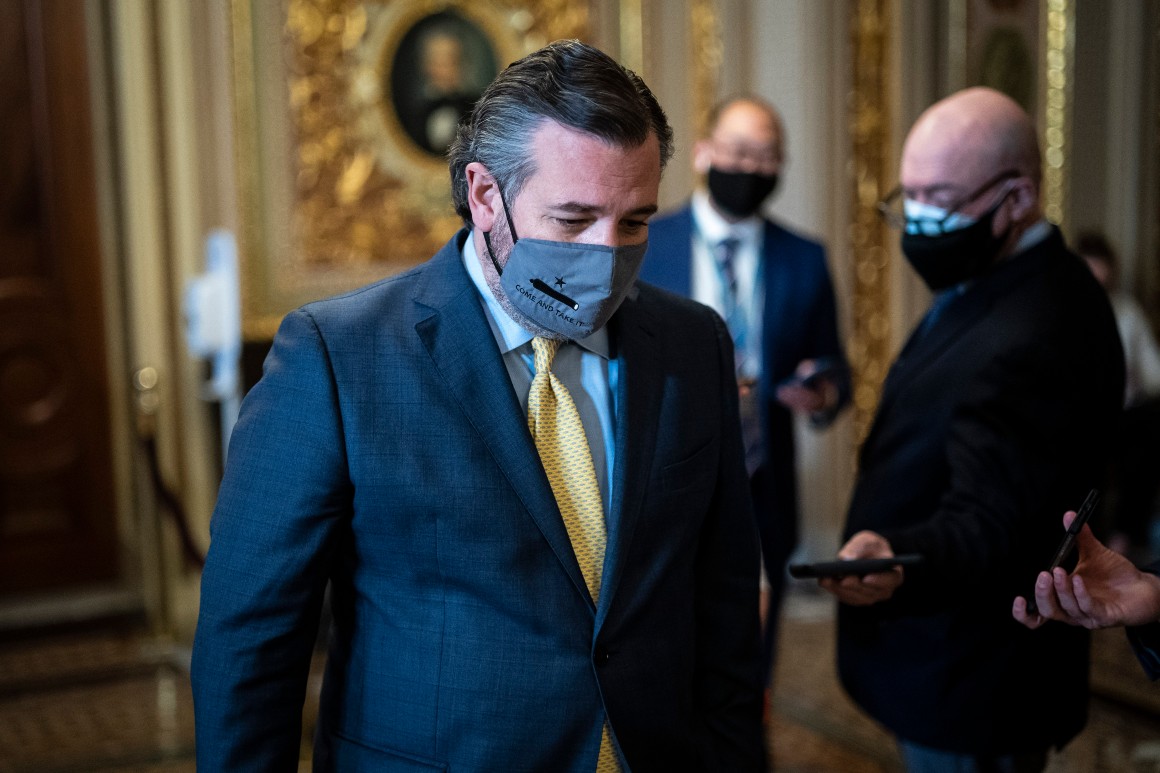 The Senate is on a scheduled recess this week, with many senators returning to work in their home states. Meanwhile, winter storms have pummeled cities across Texas all week, leaving millions of residents unable to heat their homes or buy food. Cruz urged Texans during a Monday radio interview to “just stay home” as the winter weather was bearing down on the state.

Cruz’s office did not respond to repeated requests to confirm that he had traveled to Cancun on Wednesday.

This week isn’t the first time Cruz has courted controversy during a natural disaster. When Hurricane Sandy battered the northeast in 2012, he vocally opposed a relief package to help those states rebuild, blasting it as a “Christmas tree” filled with unnecessary spending. When Hurricane Harvey hit Texas in 2017, Cruz led the charge for an emergency spending bill to help his state and faced questions from fellow lawmakers — as well as then-GOP Gov. Chris Christie of New Jersey — about the apparent double standard.

On Sunday, Cruz and Sen. John Cornyn (R-Texas) sought and received an approval from President Joe Biden of Texas GOP Gov. Greg Abbott’s request for an emergency declaration to help the state combat the crippling storms.

Cruz’s latest problem began late Wednesday, when Twitter users began sharing photos allegedly showing Cruz and his family in line to board a flight at Houston’s George Bush International Airport. The flight departed in the 4 p.m. hour on Wednesday en route to Cancun, the resort city in Mexico, according to those users.

Additional photos later circulated on Twitter showing Cruz on the plane, including one of him seated and reading from his phone. By Thursday morning, Democratic group American Bridge was calling for his resignation.

According to the flight-tracking service FlightAware, the United Airlines jet departed just before 5 p.m. local time and landed in Cancun at around 7:45 p.m.

Beto O’Rourke, the Democrat Cruz defeated in 2018’s Texas Senate race, tweeted that he spent Wednesday night on a phone-banking effort to check in on senior citizens. O’Rourke also has been using his Twitter account to direct Texans toward shelters and food banks.

Texas grid operators said Thursday morning they have begun to restore power to most customers, but for nearly a week as many as 4 million residents of the Lone Star state lived without electric light or, in many cases electric heat, amid near-zero temperatures.

Pictures soon surfaced on social media of frost in living rooms and food on porches to keep it from spoiling while refrigerators had no power as residents struggled to stay warm amid the days-long power failure. By Wednesday night 7 million Texans were under boil water orders as water utilities working with reduced electricity supply struggled to keep up with demand.

Eric Wolff contributed to this report.