Charlie Crist is eyeing a run for governor again. Florida Democrats might not care. 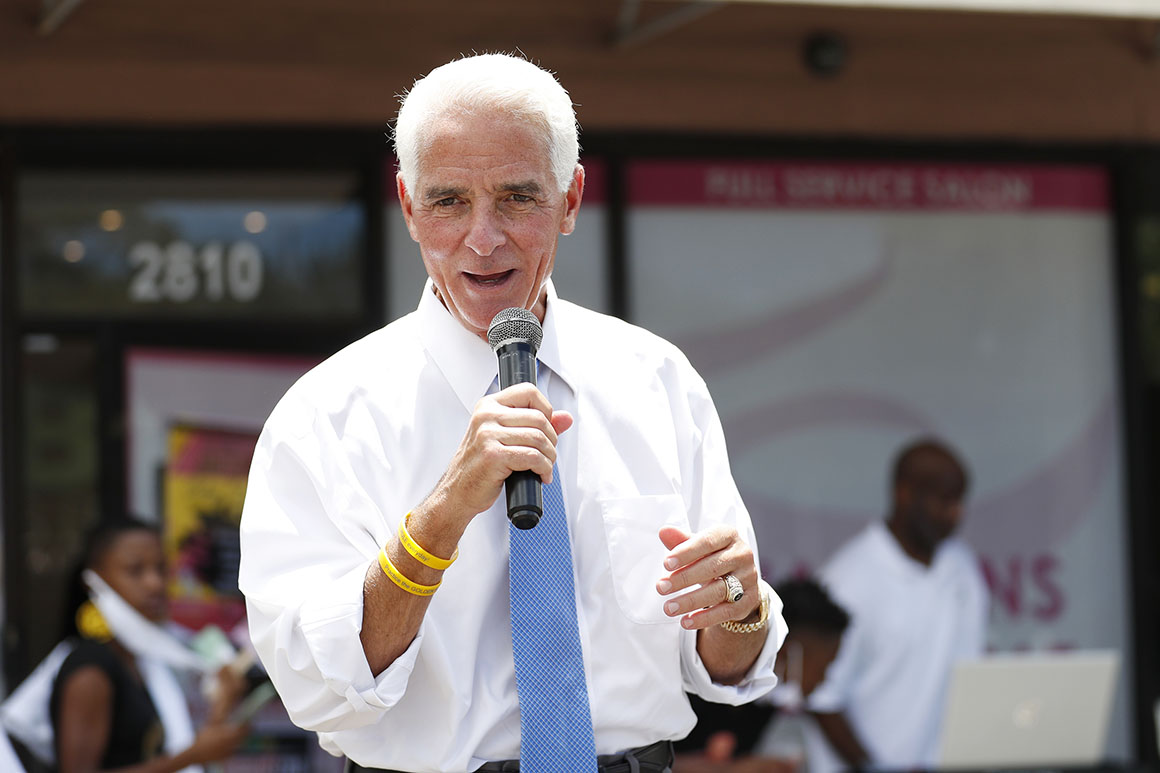 Crist, a two-term congressman who served as the state’s governor more than a decade ago, hasn’t officially jumped into the race. But he’s reached out to political consultants, major donors such as famed attorney John Morgan, long-time friends like Broward Mayor Steve Geller and other politicians about whether he should try to reclaim the job he once held. Along the way, some of his past allies are beginning to work with other potential Democratic candidates.

When asked whether he’s the right candidate for now, Crist retorts: “I got two words: Joe Biden. Look at what happened in our last election.”

Though Biden managed to win the Democratic nomination and presidency, he lost to President Donald Trump in Floridax, and the GOP picked up both congressional and legislative seats in an election that some view as evidence that Florida is losing its reputation as the nation’s largest battleground state.

Crist’s political evolution over the past three decades has shown he is a survivor. As a Republican, he went from state senator to attorney general to winning the governor’s race in 2006. Part of his ascent included a tough-on-crime persona that earned him the nickname “Chain Gang Charlie.” He was seen a rising star and was even mentioned as a possible running mate with John McCain.

But instead of anticipating the anger that triggered the Tea Party movement, Crist made the ill-fated decision to (literally) embrace then-President Barack Obama and praise him for the stimulus package that was pushed through during the Great Recession. Within a few years, Crist became an independent, lost a U.S. Senate race to Marco Rubio and was briefly out of politics before switching parties and running for governor again.

Crist’s pathway to another statewide election is likely to be much different this time around. Instead of a primary where he is challenged by a lone Democratic lawmaker, he could be going up against a line of contenders, including current Agricultural Commissioner Nikki Fried.

Geller, a former state legislator and someone who has known Crist since they both were at Florida State University, said he worries that Crist and one or two other centrist candidates from the Biden wing of the party would split the vote and allow a progressive to win the primary only to lose the general election.

“I like Nikki (Fried),” Geller said. “If Charlie is not running, I could easily support her. But I think Charlie’s a stronger candidate because he has run for governor before.”

Morgan, who once hired Crist to work at his well-known law firm Morgan & Morgan and remains a close friend, said he has cautioned Crist that it won’t be easy to knock off DeSantis even if he makes it through a Democratic primary. Morgan said by the time the 2022 elections come around, the coronavirus pandemic may be in the “rear view mirror” and criticisms of DeSantis’ handling of the crisis may lose their sting.

“DeSantis is a cold fish and not warm and fuzzy, but do we need warm and fuzzy?” asked Morgan, who recently hosted Crist at his home in Maui. “I made those arguments to Charlie. What would be your rallying cry? When you are running, you are asking the electorate to fire him for doing a bad job.”

Do You Prefer The Same Disney Channel Shows As Everyone Else?