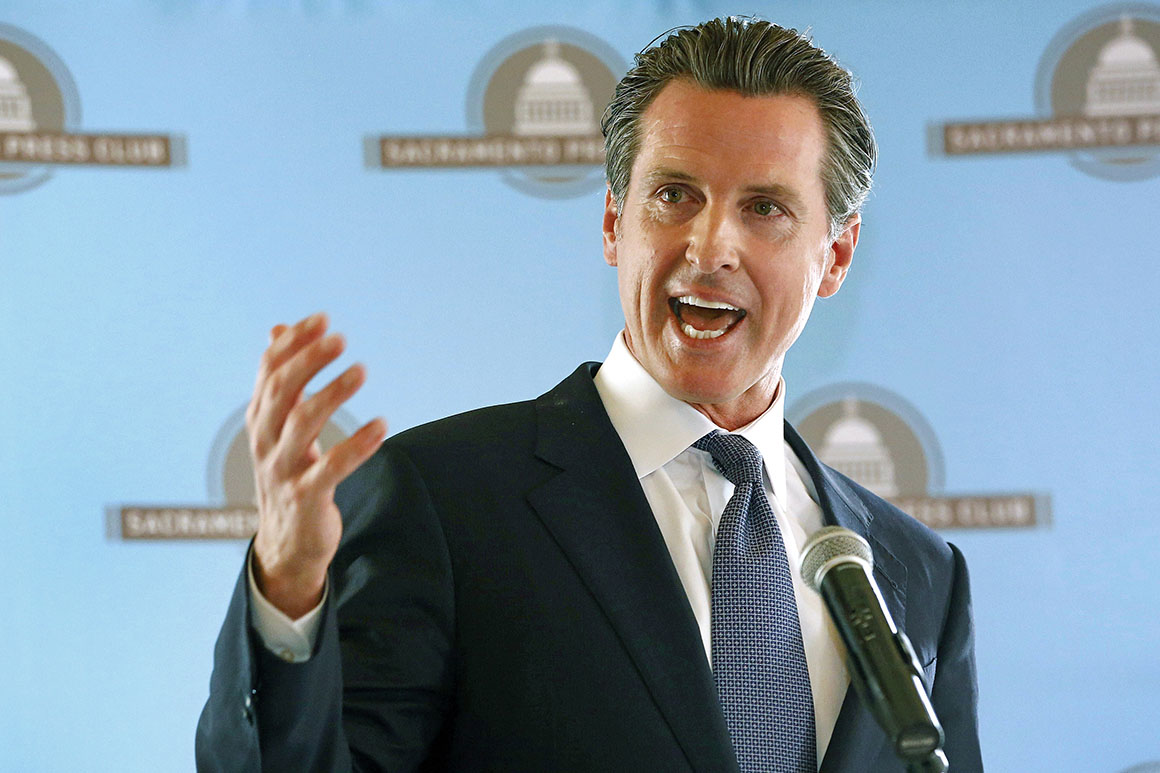 California political strategists say Republicans need an injection of energy as trends cut in Newsom’s favor. Residents have begun to resume their normal lives as businesses reopen and restrictions ease, thanks to widespread vaccine access and continued infection declines in the state.

The Democratic governor enjoys a budget surplus unlike any ever seen in California, with nearly $76 billion more than previously thought and $27 billion in federal stimulus to boot. Newsom has proposed program expansions and giving $600 checks to middle-class residents. And this week, he’s offering $50 gift cards to any vaccine hesitant residents that get the shot, on top of entering all vaccinated Californians into the nation’s most generous vaccine prize pool topping $116 million.

At every turn, Republican candidates have criticized his moves, some arguing that his Oprah-style cash giveaway is akin to buying voter support. They have a few possibilities to land some blows — homelessness, housing costs and school closures — but even those issues aren’t enraging residents right now.

Kerns said that the Republican Party has to bulk up its message with Newsom using his bully pulpit and powers of incumbency to full advantage.

Right now, “it’s a net-positive for Newsom, who now has time and a budget surplus on his side,” Kerns said. Republicans can still win, she said, but the further away Californians travel from the pain and suffering Gavin caused last year, the more uphill that climb to beat him will be for the GOP.”

That challenge is front and center as the governor in recent weeks has been touring the state with a podium sign blaring “California ROARS BACK” as he describes new programs and the stimulus payments from his budget proposal. That tagline appeared to some a clever, veiled shot at wealthy businessman John Cox, whose latest campaign rollout — complete with live bear — portrayed him as a “beast” to the governor’s entitled “beauty.”

In the end, it may not even matter which candidate has frontrunner status: Polls show voters are poised to reject the first question on the ballot, which asks whether Newsom should be recalled. In a Public Policy Institute of California survey released last week, 57 percent said they oppose the recall and 40 percent said they support it. Newsom continues to receive solid job performance numbers in this deeply Democratic state, and two thirds of residents now say they back his handling of the pandemic.

In a May messaging revamp tied to his record-high budget package, Newsom touted his “California Comeback Plan” — co-opting the phrase that Republican candidate Kevin Faulconer used as his campaign theme when he launched his bid in January. Faulconer’s campaign balked, but the governor continued to claim it as his own.

Steve Glazer, a state senator who advised former Gov. Jerry Brown for years, has begun lobbying to hold the recall election as soon as possible.

“Right now, Gavin Newsom has control over vaccine distribution and the budget … so when you’re in a strong position to win the battle — then get in the battle,” Glazer said.

Veteran communications strategist Fiona Hutton said the GOP’s main challenge — after some bumpy months — is that Newsom is finally firing on all cylinders. The scandal over the governor’s infamous French Laundry dinner, frustration over the state’s long Covid lockdowns and anger over school closures all seem to be fading.

“The public relations playbook is to have a message, to drive it — and to own the dialogue,” she said. “He’s able to do all three of those things right now.”

The governor’s agenda is skillfully “matched to all the major issues that everyday Californians are worried about,” she said. “He has proof points about his accomplishments — talking about the economy starting to come back, the reopenings, the vaccination rates up and the hospitalization rates down,” she said.

“And then, he’s got dollars. How can you compete with that?”

But Assemblyman Kevin Kiley, a Sacramento-area Republican, argued that it’s still early — and that Democrats may be getting overconfident. He sees the polling as “pretty favorable” for Republicans despite 57 percent of likely voters saying they don’t want to recall Newsom.

“Right now there’s a 40 percent floor for the recall — support which you can count on, and which has been durable … and that’s before people have really tuned in. They’re saying “we’re ready to remove him right now.”

And “we have several months to really look at the governor’s time in office,” he added. “He’s running 11 points behind the president in approval ratings in California — so there’s a level of dissatisfaction.”

Kiley said he’s “seriously” considering jumping into the race to deliver a “focused conversation” to voters of all political stripes on “why is it, in California, we sacrifice the most, and we get the least we return.”

Republicans may have one potent tool in their quest to out Newsom: the passion of their voters for removing him. A recent Berkeley Institute of Governmental Studies poll showed 75 percent of Republicans had a high interest in the recall — more than double the share of Democrats and independents.

And Republicans such as Kiley or Richard Grenell, a former associate of President Donald Trump, may be biding their time until the election draws closer and the political winds shift more in their direction.